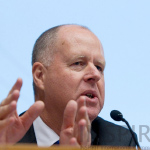 A passionate advocate of organisational practices that combine high performance and high quality of working life, Peter’s career as a researcher, policy advisor and consultant has focused on building bridges between academic knowledge and practice. Peter maintains close academic links with universities across the UK and Europe, and especially through his role as Visiting Professor at Kingston University London.

Peter’s early background is in economic development and he has a PhD in industrial restructuring and public policy. He was subsequently appointed as Professor of Work Organisation at Nottingham Trent University where he established The Work Institute as an externally funded centre for research and consultancy. From this base he built and led the European Work & Technology Consortium involving partners from across the EU.

Peter left Nottingham Trent University in 2005 to devote more time to UKWON, which he helped to create in 1998. Under his leadership UKWON runs a portfolio of projects embracing research, dissemination and policy advocacy focused on leading-edge practice in work organisation and workplace dialogue, and on future-oriented thinking about work. Workplace Innovation Limited was established in 2011 and Peter has helped the company build a growing client base, including its appointment as a BT Preferred Supplier.

Peter has worked closely with the NHS on several initiatives and his experience includes seven years as a Non-Executive Director at Nottingham City Hospital NHS Trust. He was also European Policy Director with ECOTEC Research and Consulting from 2006–8.

Peter has published several articles, chapters and papers relating to work organisation and economic development. He speaks frequently at conferences and seminars to practitioners, policy makers and researchers throughout Europe and beyond.

Peter is Chair of Muzika, an arts-based charity working with severely disadvantaged adults and children in Romania. He is a Trustee of Poltimore House Trust, a charity committed to the restoration of a landmark Devonshire building as a leading centre for creative thinking, enterprise and the arts. 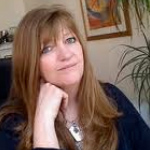 A consultant, researcher, manager, clinician, trade unionist and change leader, Rosemary Exton’s unique blend of experience is reflected in the insight and knowledge that she brings to Workplace Innovation.

Rosemary has worked with UKWON since 2002 and was appointed as a Director of the company in 2008. She is a Founding Director of UKWON’s sister company Workplace Innovation Limited, established in 2009. Building on more than thirty years’ experience as a clinician, manager and trade unionist in the NHS, Rosemary brings considerable understanding of change in complex organisations to UKWON’s portfolio of projects. She gained her MA in Management and Leadership (with Distinction) from the Institute of Health Sciences & Public Health Research at the University of Leeds in 2008.

Rosemary’s recent contributions include leading roles in establishing the European Hospital Network in eight countries, and in delivering the Hospital of the Future project for the National Centre for Partnership & Performance in Ireland. Rosemary was a key member of the research team in the EU-funded Employee Resilience in Times of Change project led by the CBI, and drove UKWON’s contribution to Innovative Workplaces, a landmark project in the East Midlands delivered in partnership with Acas.

As a work organisation consultant, Rosemary has an enviable record of achievement in successfully managing the delivery of project outcomes against challenging performance targets. She has wide experience of driving change and working effectively across organisational boundaries including the facilitation of dialogue workshops, training for the facilitators of employee forums, action learning, and supporting those leading innovation. She is also experienced in the use of Forum Theatre as a resource for employee engagement and workplace innovation.

Rosemary’s published research on the role of enterprising and entrepreneurial behaviour in the NHS has been widely acknowledged for its considerable practical relevance to sustainable change within and beyond the sector.

Rosemary has also provided programme management, leadership and development support to several NHS organisations. Her knowledge of healthcare covers frontline, organisational and strategic perspectives. She has a particularly strong interest in issues relating to quality, productivity, the governance and delivery of effective healthcare, partnership working and improving the working lives of staff.

Rosemary has published a number of articles on workplace innovation and is a regular speaker at international conferences. Recent presentations include major conferences in Brisbane, New York, Rome and Seoul. 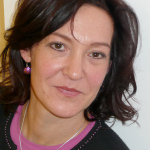 Anna French is Workplace Innovation’s creative industry researcher. She brings an intimate knowledge of the sector based on her own experience as a creative artist and entrepreneur. Anna is also well known within Nottingham’s creative community and has led several collaborative initiatives for craft producers and artists.

Anna spent 20 years working in the textile field of the creative arts before deciding to explore new craft forms. She returned to full time education and, in 2000, graduated with a first class honours degree, specialising in kiln formed glass.

Anna’s business, Fizgig Glass, produces highly original designs for homes, restaurants and other locations. She also leads Craft in the City, a programme of collaborative fairs for a wide range of designers and makers.